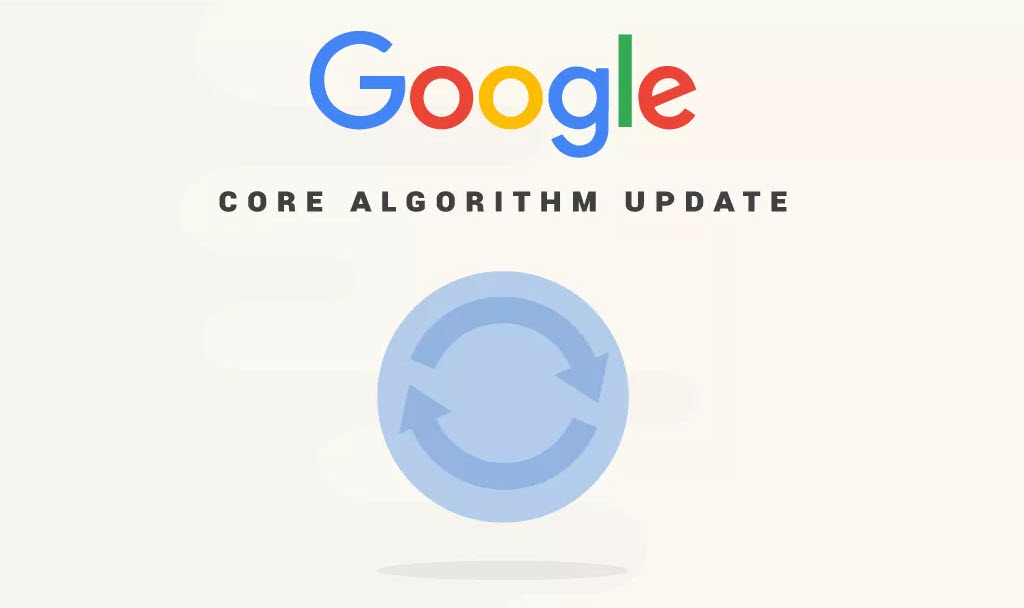 The fact Google is always tinkering with the algorithms the search engine giant uses to determine how content is ranked and presented online isn’t exactly a well-kept secret. So, when updates are announced, it’s usually not much of a big deal in the SEO world. At least this is true for named updates that serve a clearly spelled out purpose. But there is a type of algorithm update that’s a bit more ambiguous – and potentially worrisome.

In August of 2018, the Big G left many marketing and SEO experts scratching their collective heads when the company acknowledged the release of its August 1 Core Update. So, what exactly is a core algorithm update? More importantly, what could it mean for your rankings, traffic, and bottom line? If you’ve got questions like these, keep reading for some answers coupled with a bit of educated guesswork.

What Does Google Have to Say?

In their official announcement, Google stated that it releases broad core algorithms periodically throughout the year. Some SEOs felt that the explanation was a bit too broad itself. After all, Google isn’t specifically coming out and giving anyone involved with SEO a heads up on what to pay attention to or what exactly has been updated! Of course, Google has long-been notoriously secretive with its exact ranking formulas, so frustration with Google over this issue isn’t exactly new.

Most SEO and marketing pros are familiar with Penguin, Panda, Pigeon, “Fred,” and similar well-known algorithms. They are designed to address flaws with Google’s algorithms. Penguin, for example, deals with link spam. Pigeon, on the other hand, is about local SEO spam.

In some instances, Google is not so forthcoming with its updates, as was the case with the so-called “Fred” update in 2017. Resulting in some sites seeing traffic drops as high as 90 percent, this update is believed to be related to monetization tactics. However, Google never officially discussed this particular update in detail.

The point of this little review is that Google is sometimes reluctant to dish the dirt on its algorithm updates. So, what is known about core updates? Google has yet to fully explain, but there’s a growing consensus in the SEO world that a core update is an update, tweak, or change to one of Google’s existing search algorithms. In other words, a core update would:

But the search engine monster can’t exactly come right out say what they’ve tweaked without giving away the full recipe. It’s kind of like if KFC announced they were making adjustments to their famous Original Recipe. They can’t very well blurt out what they’ve changed without revealing the Colonel’s secret mix of ingredients!

How Are Rankings Affected?

It’s also well-known in SEO circles that Google’s tweaks sometimes rock some website’s worlds overnight while other sites are unscathed. This is what can be expected with core updates as well.

Think of it as akin to having 200 ranking signals represented by individual marbles of varying colors in a bucket. Shake up the bucket and you’ll end up with a different configuration of marbles when you look into the bucket. However, you won’t be able to pinpoint the change of order to one specific “marble” or ranking signal.

Realistically, nothing with Google is this simple. Still, it’s a good way to get a better idea of what a core update is and what happens because of it. Therefore, a core algorithm update might be presented in the following way:

The rub is that Google can’t be this upfront with its core algorithm updates without revealing the specifics of the algorithm that’s being updated. How your site is impacted will depend on which ranking factors are adjusted and how other sites are affected.

If we use the example above, you would obviously benefit if you already have a website that’s fully secure with updated HTTPS. On the other hand, you might notice a drop in your ranking if you have a bunch of keywords in your H1s.

What Does Machine Learning Have to Do with It?

To be clear, even the most experienced SEO experts aren’t clear about everything involving Google’s core algorithms. One credible theory suggests that core updates come about when different training sets are ran through Google’s machine learning ranking model.

The quality raters who tinker with algorithms believe their new ranking sets are more relevant than the ones that were previously being used. Due to the nature of machine learning, engineers aren’t clued in on what ranking signals are adjusted and how weights assigned to those signals are tweaked.

Speaking of clarity, it should be noted that Google hasn’t officially confirmed that this is how core algorithm updates come about. This is just speculation based on what’s known about Google’s practices. It’s also entirely possible that core algorithm updates aren’t officially made until they’ve been tested and re-tested to determine if the adjustments really do improve relevance.

What Can You Do to ‘Recover’ from Core Algorithm Updates?

Core updates ultimately affect the values of many different things, so the fallout can be much greater than what’s sometimes experienced with regular updates that are given an actual name and purpose. But right about now you may be wondering how you can “recover” if your site is negatively affected by a core algorithm update.

First of all, don’t count on Google to come right out and tell you. This is because websites are weighed in relation to other websites. How your rankings are affected will depend on how competing sites are affected. Therefore, the reason why your site dropped could be very different than why a similar site saw a drop in online visibility. There are too many external factors to consider to offer specific advice.

Plus, a core algorithm update isn’t necessarily linked to anything you’ve done that Google doesn’t like. It just means the weight of ranking signals has changed. So, it’s not the same thing as a penalty that’s correctable. In fact, it’s entirely possible that core updates aren’t penalizing your site at all! Instead, they could be rewarding other sites for doing things Google happens to be paying a bit more attention to at the moment.

In reality, a dip in rankings or traffic following a core algorithm update is likely to be due to several adjustments. And you may never know what those specific adjustments are or what Google is suddenly paying more attention to for ranking purposes. Because of the many unknowns involved with Google’s core algorithm updates, the best thing you can do is keep your focus on:

Even if you end up not being affected all that much when core algorithm updates do occur, it never hurts to regularly check your data – Google Analytics is an excellent resource – to see how your site is performing. Other tools can provide equally important SEO details about your other online content and your competitors. Lastly, don’t forget to keep improving and updating your site once you achieve your goals with traffic and rank.

Are You Using SEO Marketing Mistakes?